Best known as Co-Founder of the legendary rock band, the Eagles, as well as an influential solo artist, Don Henley has maintained an extraordinary commitment to music and to various philanthropic efforts throughout his career, including a dedication to environmental issues and artists’ rights. As a solo artist and as a member of the Eagles, Don Henley has received countless accolades, including two Grammy Awards for Best Male Vocal Rock Performance, numerous gold and platinum records and performed sold-out concert tours worldwide. The Eagles have sold more than 120 million albums worldwide, earning five #1 U.S. singles and six Grammy Awards. The group was inducted into the Rock & Roll Hall of Fame in 1998. Henley’s career as a musician and activist continues to evolve. In 1990, he founded the Walden Woods Project, a not-for-profit organization dedicated to protecting the historic woods in Massachusetts where author/philosopher Henry David Thoreau first championed the concept of land conservation. Currently, Don Henley is touring with the Eagles following the release of the band’s acclaimed documentary, History of the Eagles. His forthcoming solo album, Cass County, is due to be released in fall of 2014. 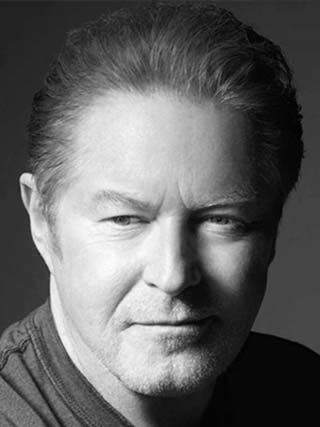